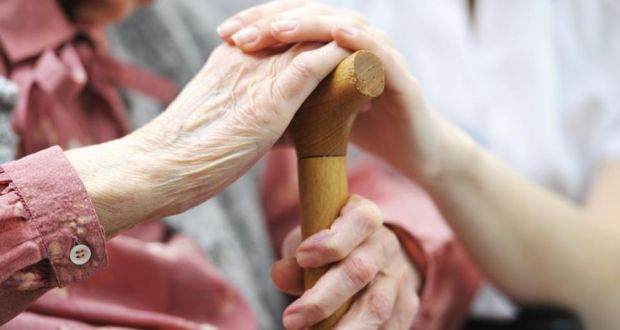 The number of private and voluntary nursing homes dropped by nearly 4 per cent to 437 over the past five years, at a time when the older population was growing, a survey carried out by Nursing Homes Ireland (NHI) shows. Photograph: Thinkstock.

The average weekly cost of accommodation in a private or voluntary nursing home is €896, according to a survey published Tuesday.

The cost of accommodation varies significantly across the State, from a high of €1,100 in Dublin to €748 in Co Donegal.

The number of private and voluntary nursing homes dropped by nearly 4 per cent to 437 over the past five years, at a time when the older population was growing, the survey also shows.

While there was an increase of 1,752 beds overall, to 22,342, this represents a significant slowdown in expansion in the sector compared to the years prior to 2010.

Tadhg Daly, NHI chief executive said the “worrying” fall in the number of new homes risked becoming a trend unless the State did more to underpin the sector’s future viability.

He blamed ongoing uncertainty about the financing of long-term care under the Fair Deal scheme and difficulties recruiting nurses for threatening the sustainability of current provision.

“2014 was another challenging year for the sector with costs continuing to increase, in particular labour costs. The increase in operating costs and increased dependency levels of residents together with the failure to provide a Fair Deal rate appropriate to the cost base threatens the sustainability of current provision.”

Nationally, there is one private nursing home bed for every 20.23 people aged 65 and over.

Staff costs account for 61 per cent of turnover in homes, an 18 per cent increase since 2009.

The proportion of high or maximum dependency residents has increased to 65 per cent, and about 45 per cent have been diagnosed with dementia.

Launching the survey, Minister of State for Older People Kathleen Lynch said it illustrated the very important role the private and voluntary nursing home sector fulfils in meeting the health and social care requirements of an ageing population.

“As illustrated by the survey, the sector is a significant employer within the health sector and in both urban and rural communities. This sector is vital within the continuum of care available for our older population and of key importance to healthcare delivery in Ireland.”

Sorry, but it’s unlikely you’ll ever beat the world record for this game