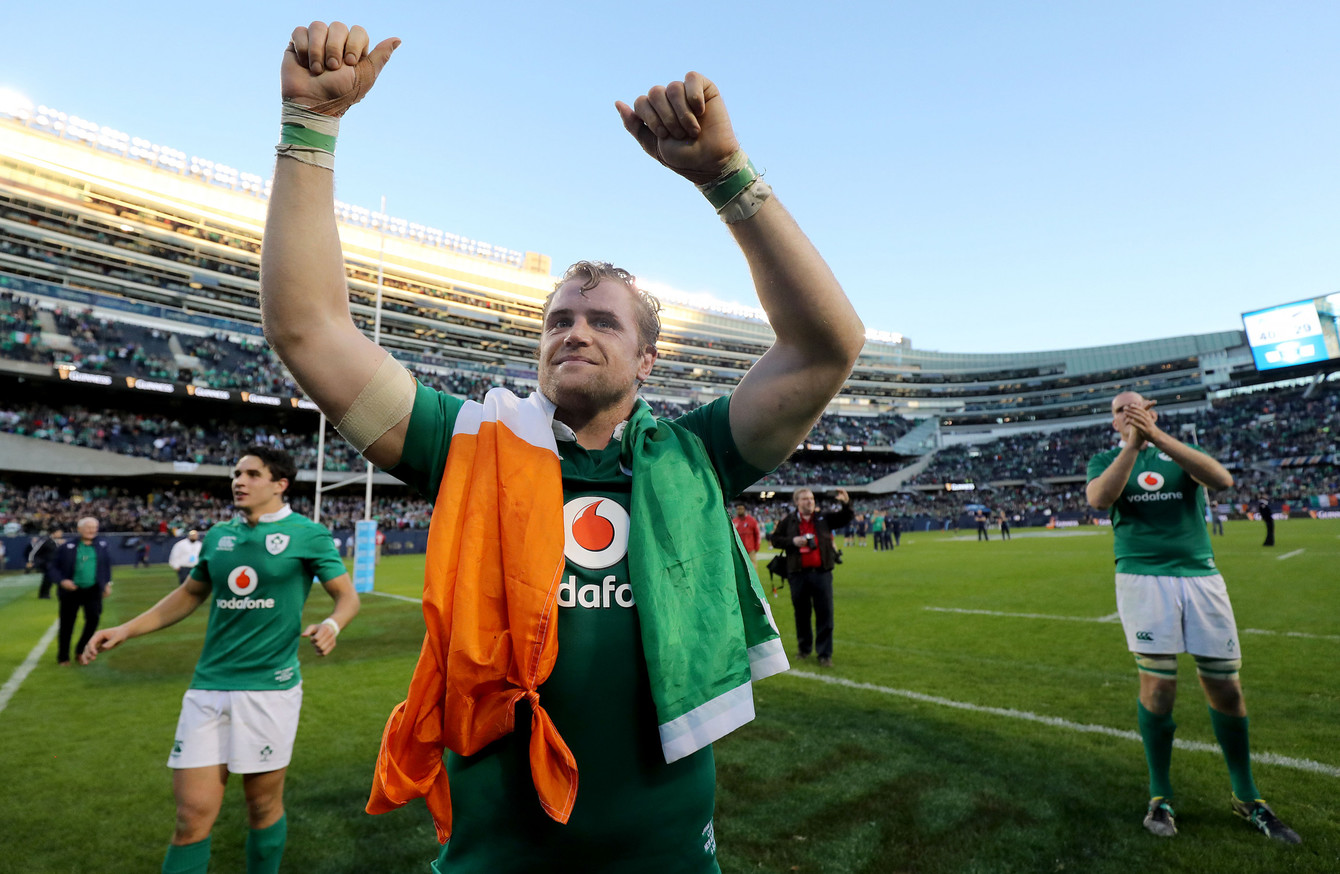 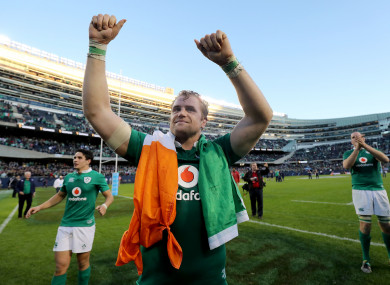 LEINSTER AND IRELAND back row Jamie Heaslip has announced his decision to retire from rugby with immediate effect.

The 34-year-old has struggled with injury of late and tweeted this morning that he has decided to retire to ‘ensure my future well being’.

“Time will get us all,” the former Ireland captain wrote. “But it’s cornered me earlier than I hoped.

“Every professional sportsperson always hopes to be able to leave their chosen sport on their terms but too often that’s not the case.

“I have had to take on board the medical advice that I have been given and after talking to Sheena and my family I have taken the difficult decision to retire with immediate effect from playing rugby in order to ensure my future well being.

“I’m very proud to finish my career as a one club man having played amongst some of the best in the game, who are like a family of brothers to me.

“My goal when I started my professional career 14 years ago was to leave the jerseys that I wore in a better place and I hope I have done that.”

The Kildare native went on to thank all those who helped him through his career, in which he lined out in 95 Tests for Ireland.