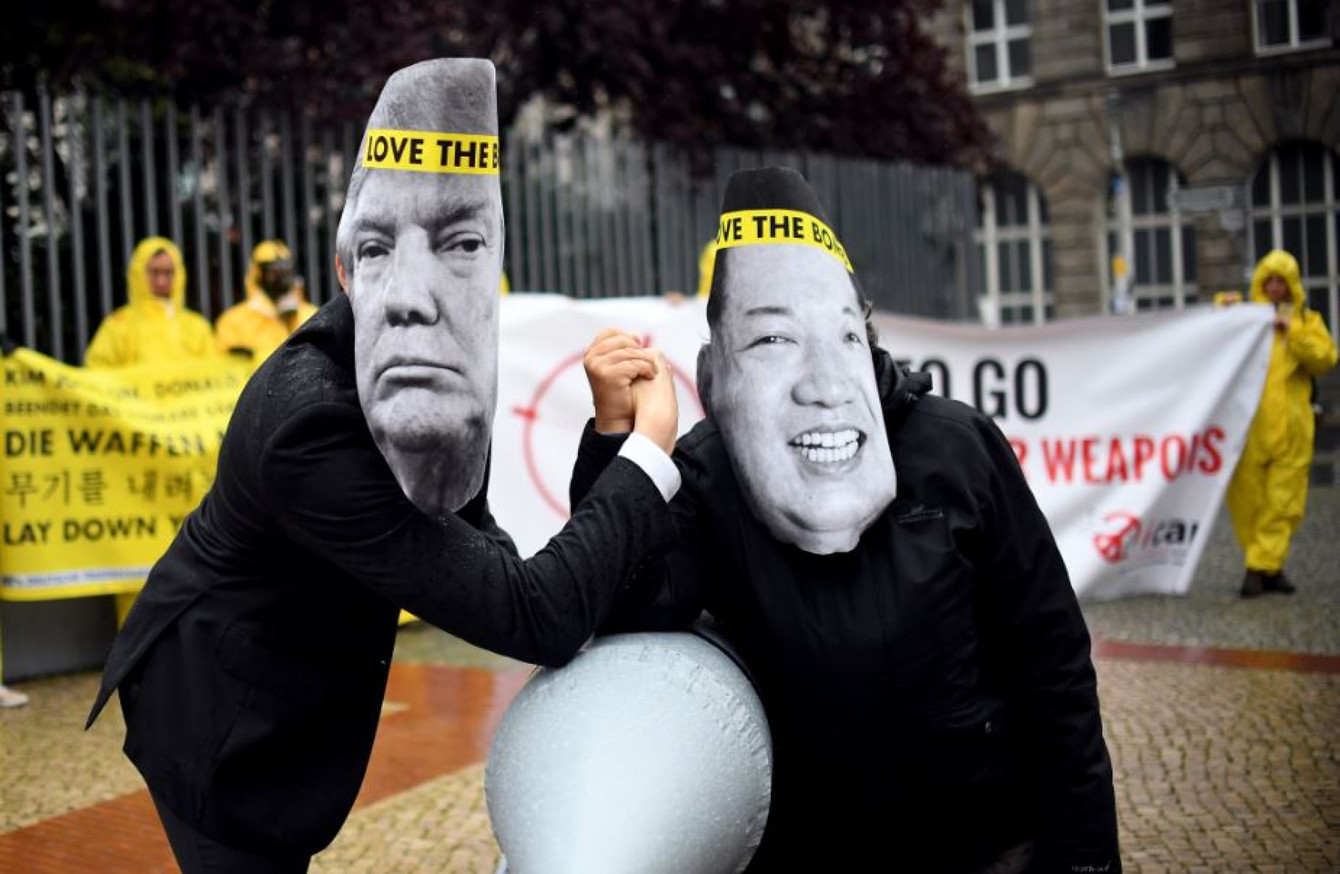 Ican activists protest against the conflict between North Korea and the US outside the North Korean embassy in Berlin last month
Image: Britta Pedersen/DPA/PA Images 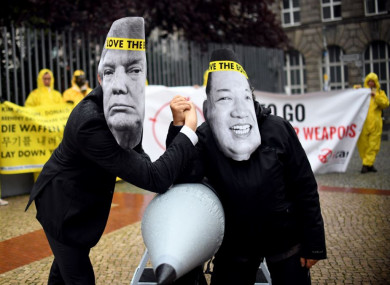 Ican activists protest against the conflict between North Korea and the US outside the North Korean embassy in Berlin last month
Image: Britta Pedersen/DPA/PA Images

THE INTERNATIONAL CAMPAIGN to Abolish Nuclear Weapons has won the Nobel Peace Prize.

“The organisation is receiving the award for its work to draw attention to the catastrophic humanitarian consequences of any use of nuclear weapons and for its groundbreaking efforts to achieve a treaty-based prohibition of such weapons,” Norway’s Nobel committee president Berit Reiss-Andersen said today.

The Geneva-based organisation, known by the acronym Ican, has for the past decade been sounding the alarm over the massive dangers posed by nuclear weapons and campaigning for a global ban.

It secured a significant victory in July when the United Nations adopted a new treaty outlawing nuclear weapons.

Pointing to the current nuclear standoff between the US and North Korea as “a wake-up call”, she insisted on the urgent need to disarm the world’s 15,000 or so nuclear weapons.

“Nuclear weapons have the risk of literally ending the world,” the Swedish national, who took charge of Ican in 2014, said.

As long as they exist, the risk will be there, and eventually our luck will run out.

Founded in Vienna in 2007 on the fringes of an international conference on the nuclear non-proliferation treaty, Ican has mobilised campaigners and celebrities alike in its cause.

From its offices in the buildings of the World Council of Churches in Geneva, Ican works with 468 non-governmental organisations across 101 countries, including rights, development, environmental and peace groups.

The Dalai Lama, Yoko Ono and Desmond Tutu are among those voicing support for the organisation’s mission on its website.

There were 318 candidates for this year’s prize – 215 individuals and 103 organisations. This is the second highest number of candidates ever. The record of 376 candidates was set in 2016.

The Norwegian Nobel Committee bases its decision on valid nominations received by the 31 January deadline. The five-member committee has until its first meeting after the deadline to add nominations of their own.

The committee does not release the names of any candidates, keeping records sealed for 50 years. However, people or organisations often announced who they’ve nominated.

Among this year’s favourites were:

Read: Four in 10 people think Suu Kyi’s Freedom of Dublin award should be taken back

Read: ‘Calm before the storm’ – is Trump about to abandon the Iran nuclear deal?